Portland’s Pittock Mansion was built in 1914 by Henry Pittock, owner and publisher of The Oregonian newspaper, and his wife Georgiana.

Henry was given the newspaper as a gift because he worked there, as a typesetter, for no wages, only room and board.  The newspaper’s previous owner wanted out of the media business, and he was impressed by Henry’s hard work, so he gave him The Oregonian. At the helm, Henry made it very successful. Today, it is the largest news organization in the Pacific Northwest.

The mansion sits in a forest above Portland. Henry and his daughters were avid hikers and constructed trails on the property. Georgiana, however, was not so keen on moving from a nice Portland neighborhood to this more remote location. To persuade her, Henry hired a chauffeur to drive Georgiana to town whatever she wanted. Sometimes, the chauffeur drove Georgiana’s friends to the mansion, and the ladies enjoyed sewing together in her sewing room.  Georgiana was the founder and fundraiser for many charities and cultural organizations in Portland. She was very active in women’s causes. Henry also promised her an elevator.

Henry knew he would have to sweeten the pot for servants, too. By 1914, keeping female servants was a problem. Women were being hired to work in offices, shops and factories, and because they worked in the city, they could enjoy their leisure time there.

With a central vacuum system–the envy of most of us today–the servants had only to carry the hose and nozzle from room to room.

It was important to keep a good cook happy. The spacious kitchen had a rubber floor that was easy on the legs and feet. It also had a window with a spectacular view. 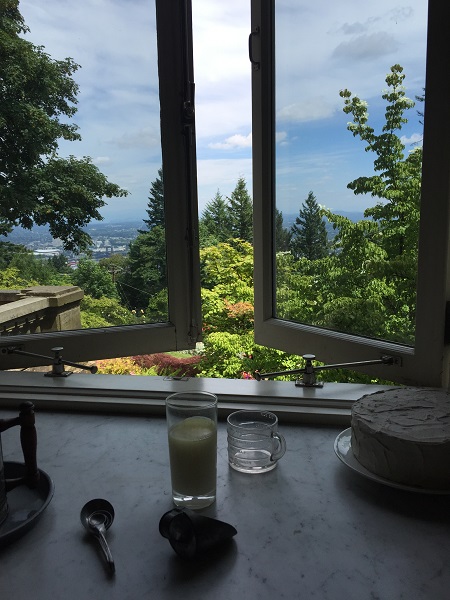 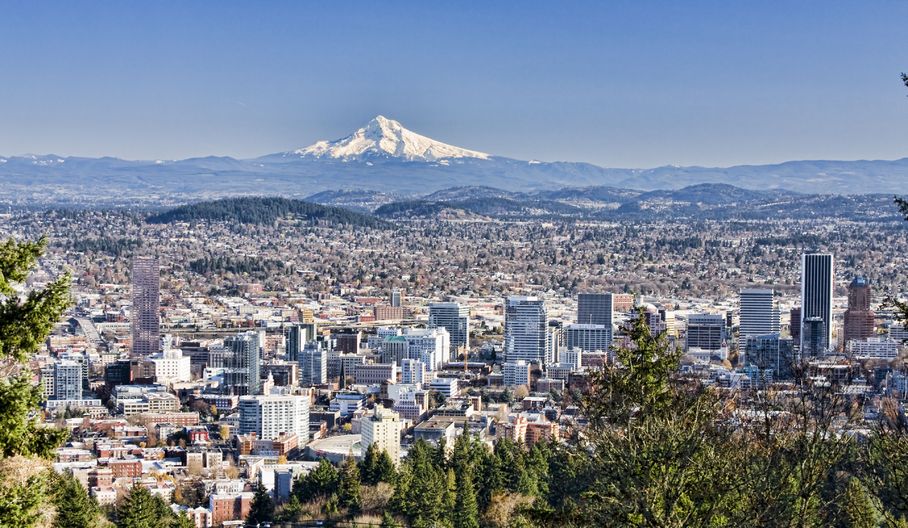 The home was built with central heating, a new invention, with not just one thermostat, but many. 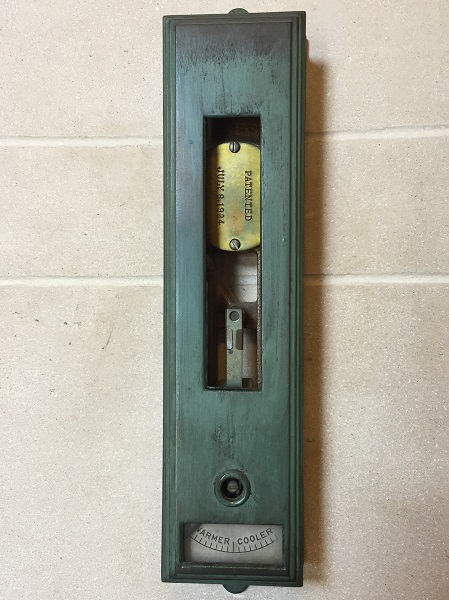 The refrigerator was an entire room. Look at the thick, heavy door. They grew their own vegetables. 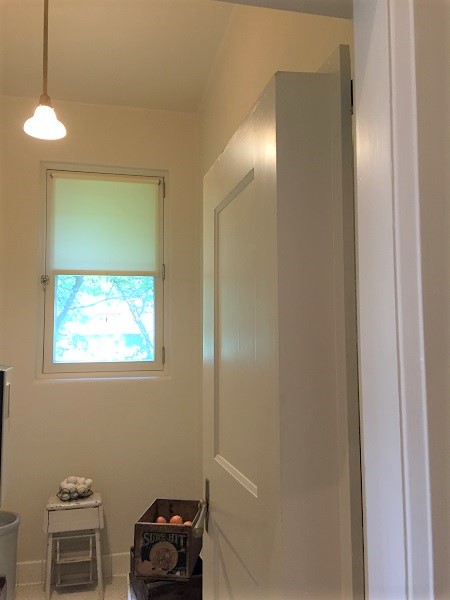 Some rooms and the hall were built with indirect lighting. 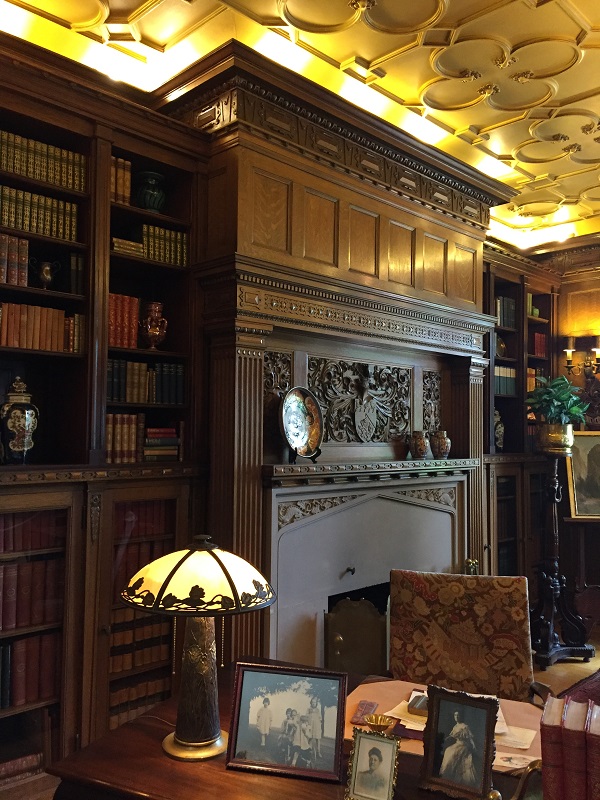 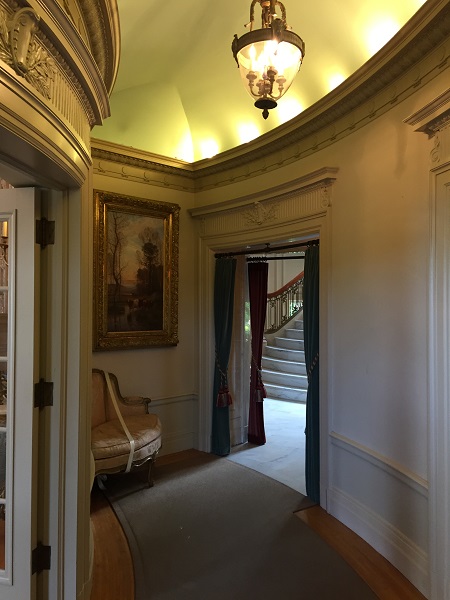 The ceiling in the room below is silver leaf. 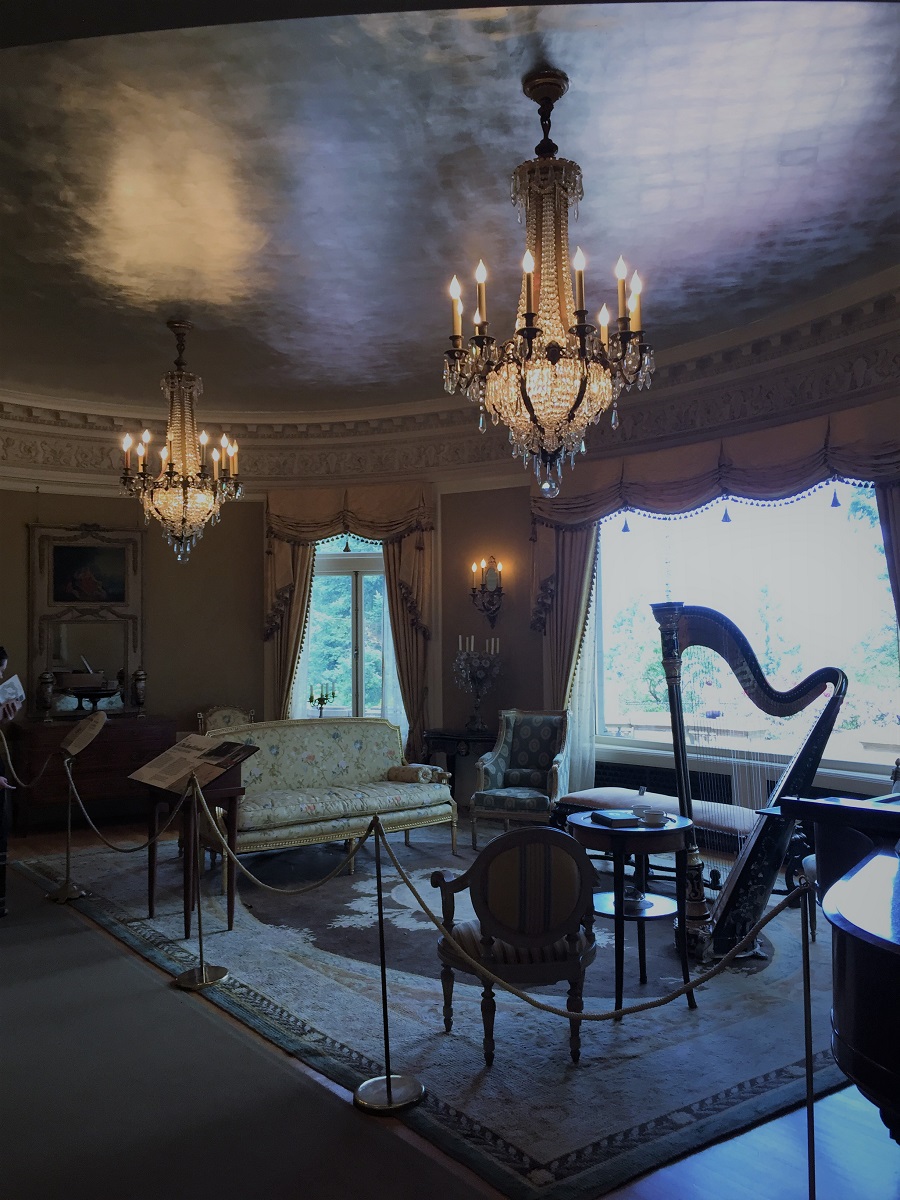 For himself, Henry built a shower with all the bells and whistles.

The Pittock Mansion, now owned by the City of Portland, is open to the public, and you can picnic in front of the view.

6 thoughts on “An Early 1900s Mansion with Modern Amenities”