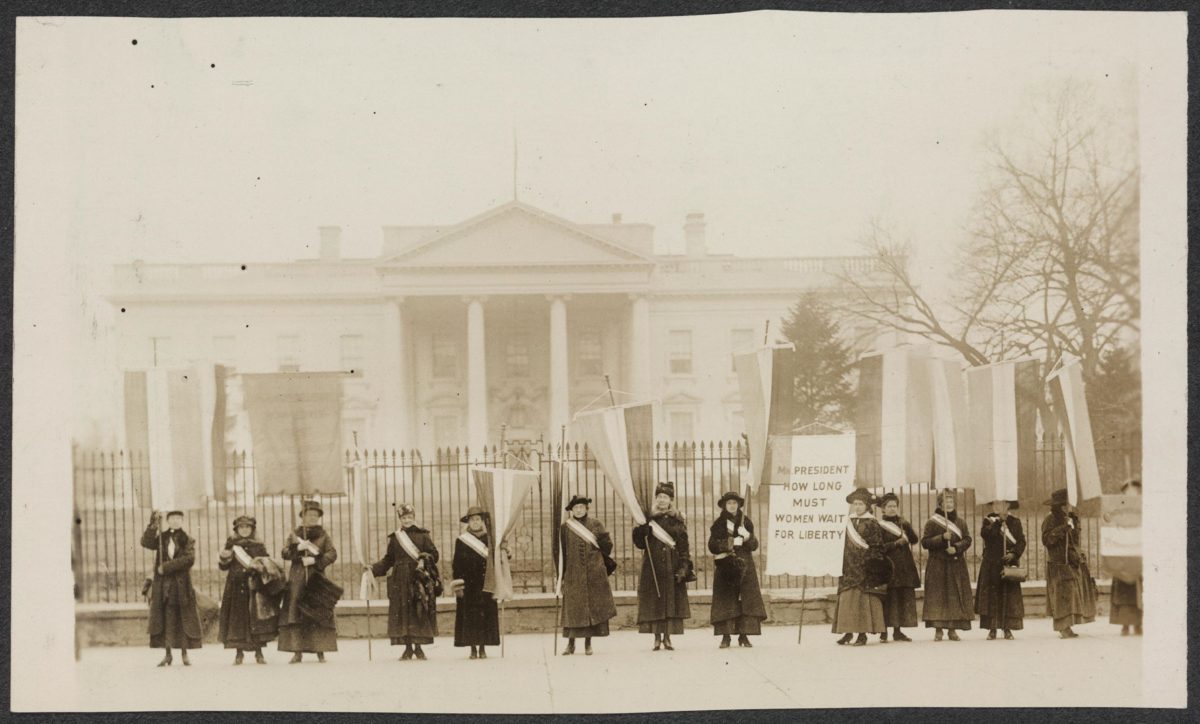 Men voted down suffrage in all four. There were still no eastern states with full suffrage. In the South, anti-suffrage sentiment was high because it meant that Black women would have the right to vote. Some southern white men prevented Black men from voting, sometimes with violence.

Paul had focused on that goal long before. She decided it was necessary to pressure Wilson into persuading lawmakers. On January 10, 1917, members of Paul’s National Woman’s Party (NWP) stunned the country by picketing the White House. No man or woman had ever done this.

[Mrs.] Lawrence Lewis [Dora Lewis] of Philadelphia on release from jail after five [d]ays of hunger striking. Photograph. Retrieved from the Library of Congress, <www.loc.gov/item/mnwp000229/>. [Cropped for this use.]