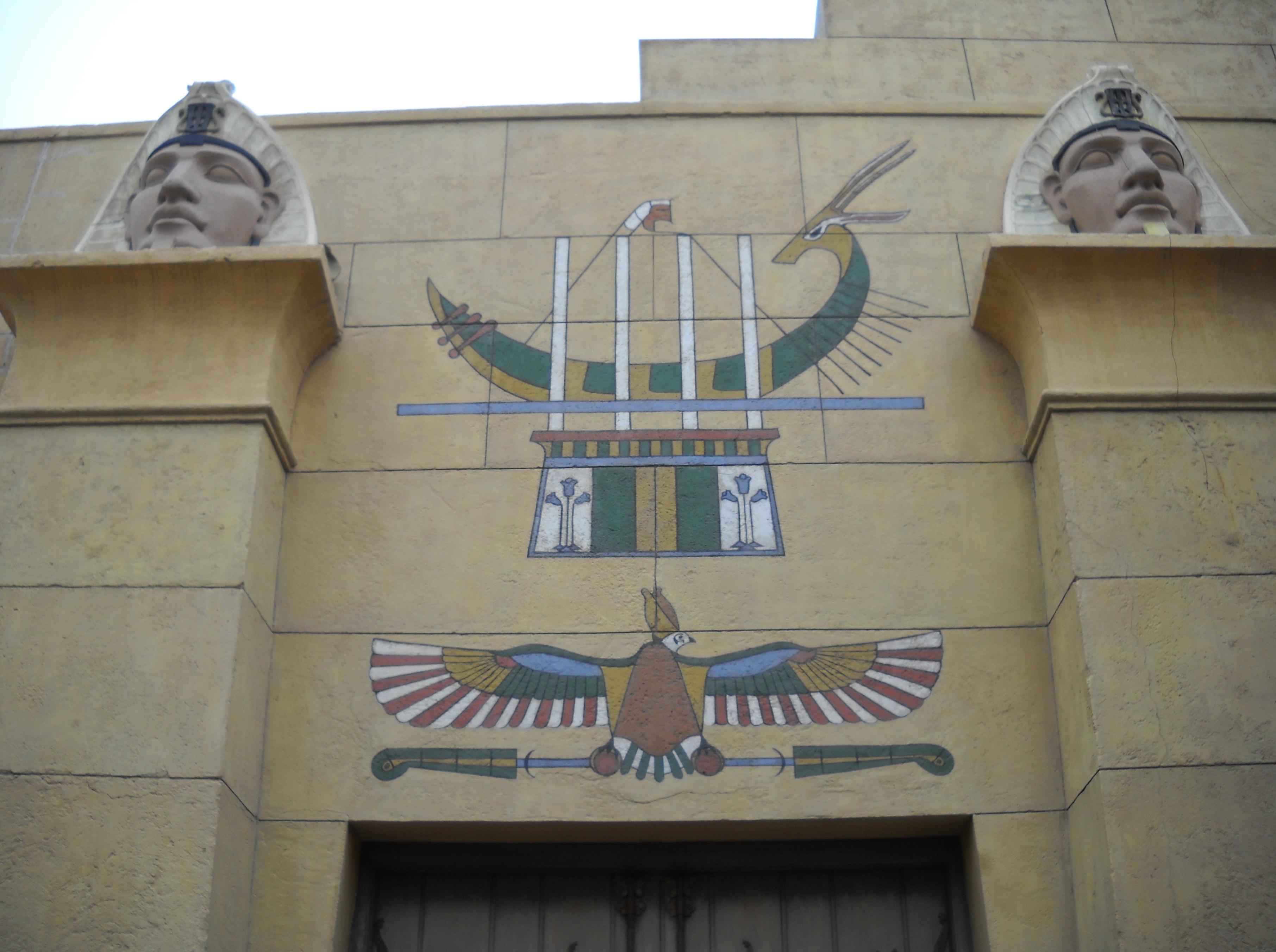 Sometimes you just get lucky.  The investors of the first theater in Hollywood selected an Egyptian theme.  Five weeks after it opened its doors, King Tut’s tomb was discovered, and everything Egyptian became the cat’s pajamas.  The year was 1922.

One of the men who built the Egyptian was Sid Grauman, who would later build Grauman’s Chinese Theater, where the handprints and footprints of the stars attract visitors today.  Sid was a marketing genius, in my book.  The movies shown at the Egyptian were world exclusives for six months, while the rest of the country eagerly waited for them to come to their local movie houses.

While the feature-length silents played in this glamorous venue, their titles shone in lights in front of the courtyard.  Today the lights spell the name of the organization that took this decrepit building where homeless people slept, restored it, and presents a wide variety of movies there today.  Picture the sign below with “Robin Hood” or  “Thief of Baghdad,” brightly lit at night. 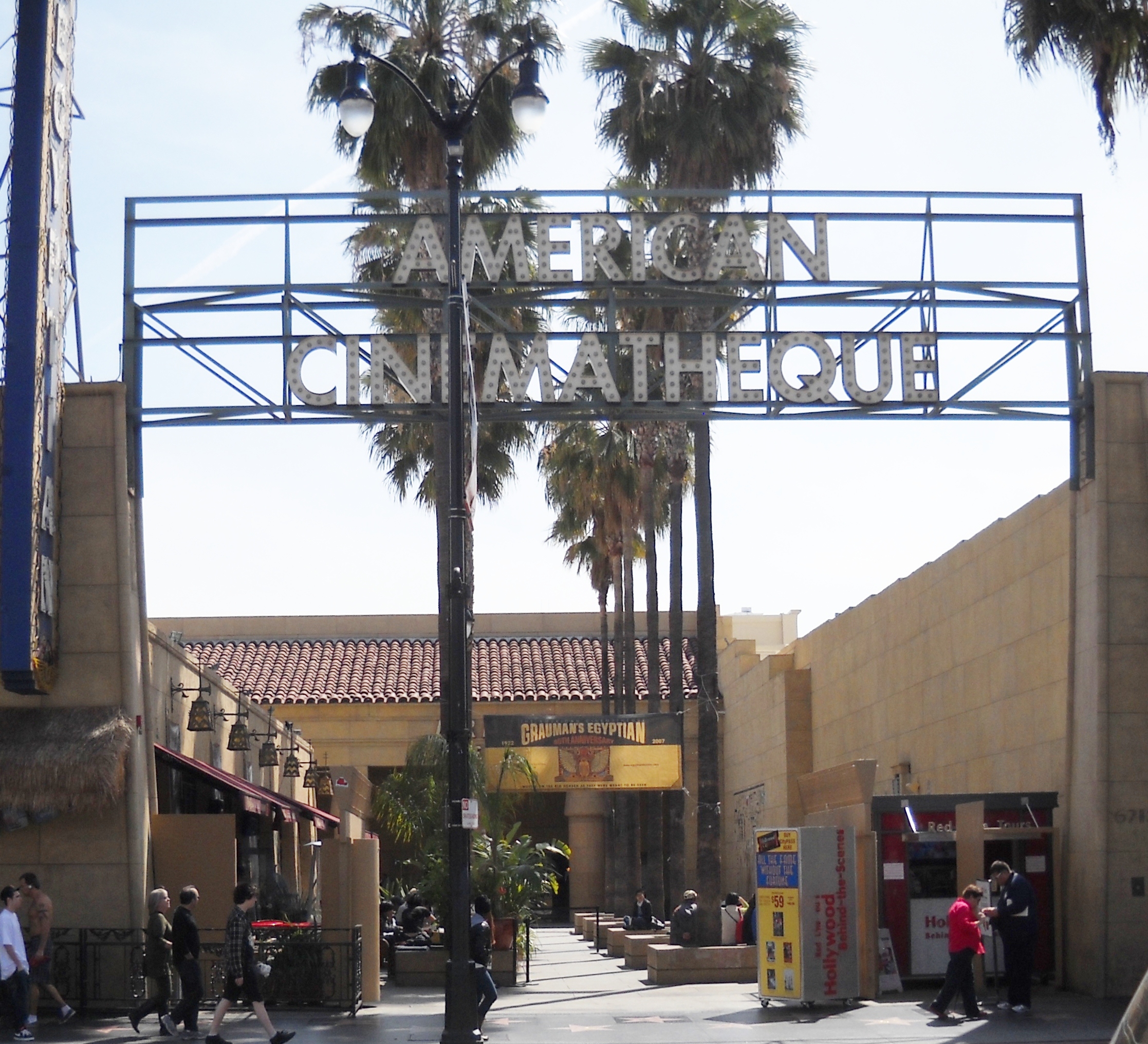 Sid Grauman also rolled out the red carpet for the stars at the movie’s premieres.  Long, red carpets had been used similarly in ancient times, but Sid was the first to use them for movie stars.  Now planters with palm trees take up much of the courtyard, but in the Twenties, there was room for fans to star-gaze. 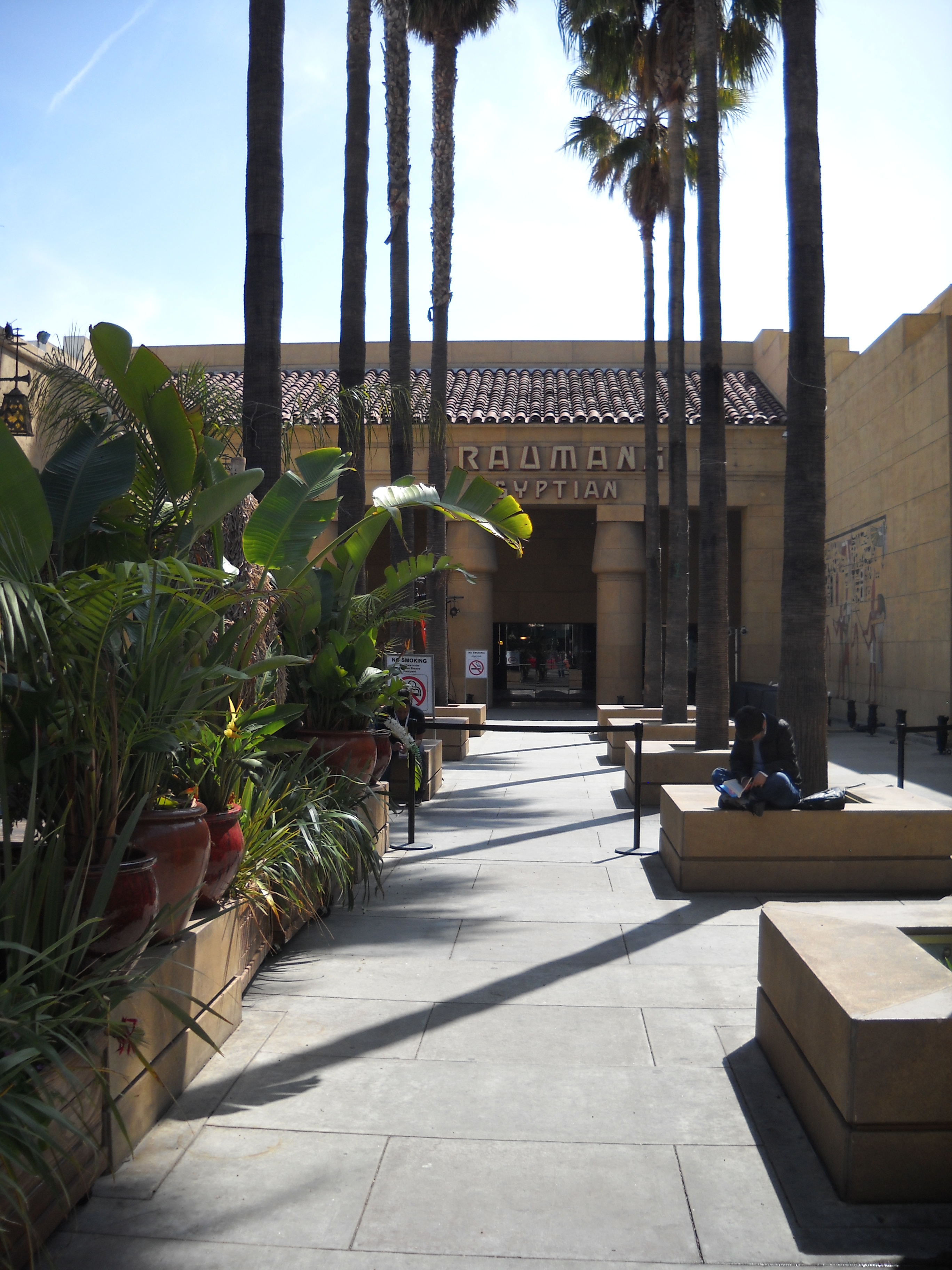 The flappers and their fellas paid five dollars a head for the premiere, and between seventy-five cents and a dollar-fifty for an everyday showing.  With prices that high, it must have been a special occasion calling for dressing up.

As the movie-goers entered the auditorium, singers standing in theater boxes serenaded them as they found their seats.  Then live actors performed a prologue or short piece with the same theme as the movie.

If you visit Hollywood, or if you live nearby, relive the history of movies by watching the wonderful documentary,”Forever Hollywood,” at the Egyptian, Hollywood’s first movie theater.