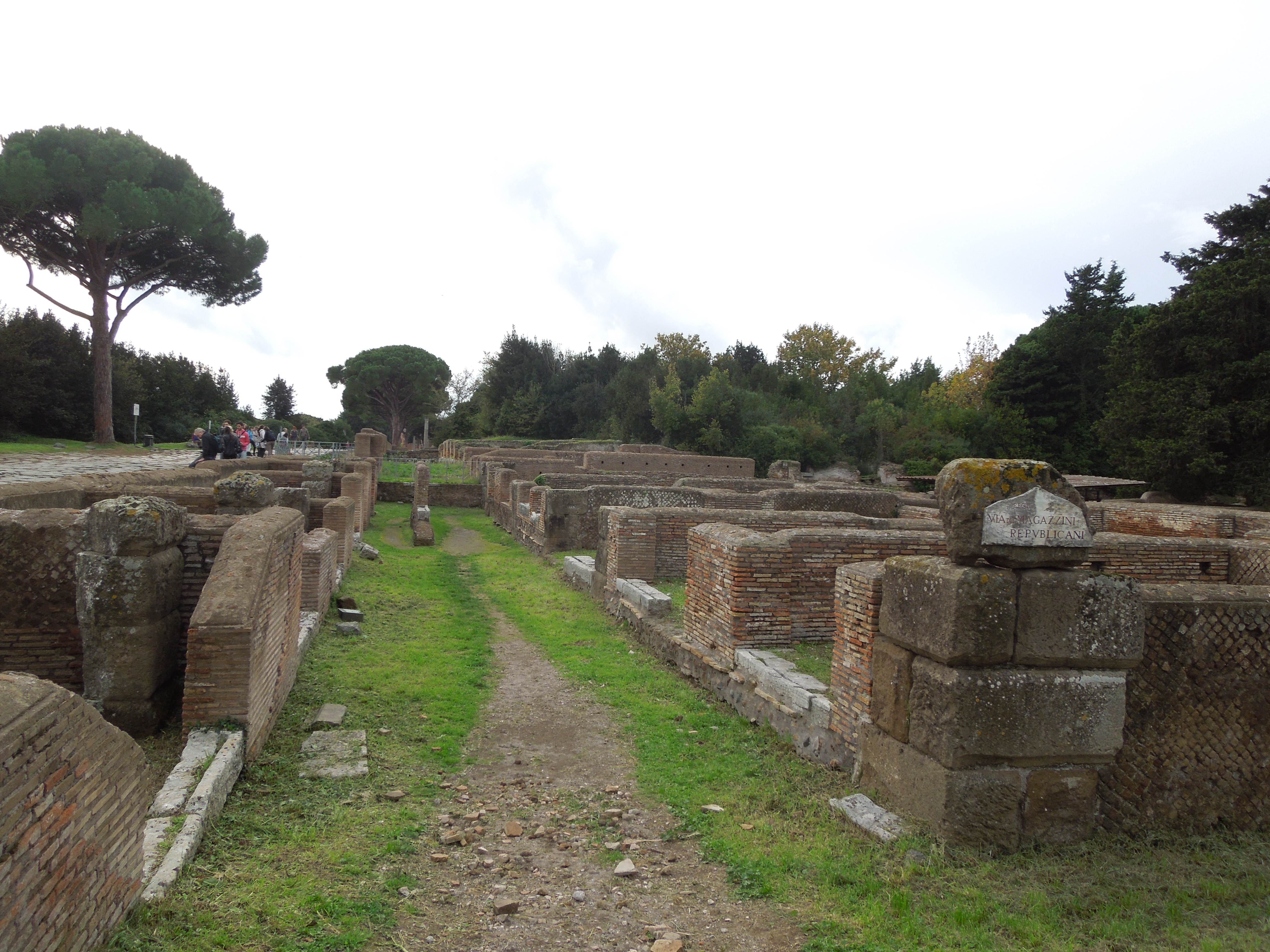 I walked on streets where crowds bustled nineteen centuries ago. Living, breathing people worked at the docks,  ate and drank with friends, enjoyed the theater, fell in love. 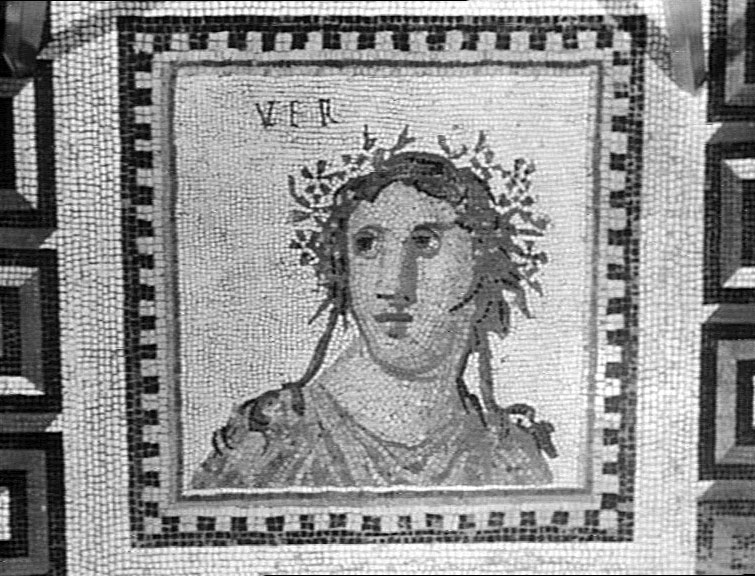 They are long gone, but their city, which had been buried in river mud and silt, remains. About half has been uncovered.

Ostia Antica, a commuter train ride from Rome, was a port at the mouth of the Tiber River.  The larger ships could not make it up the river to Rome, so workers unloaded cargo here into warehouses. 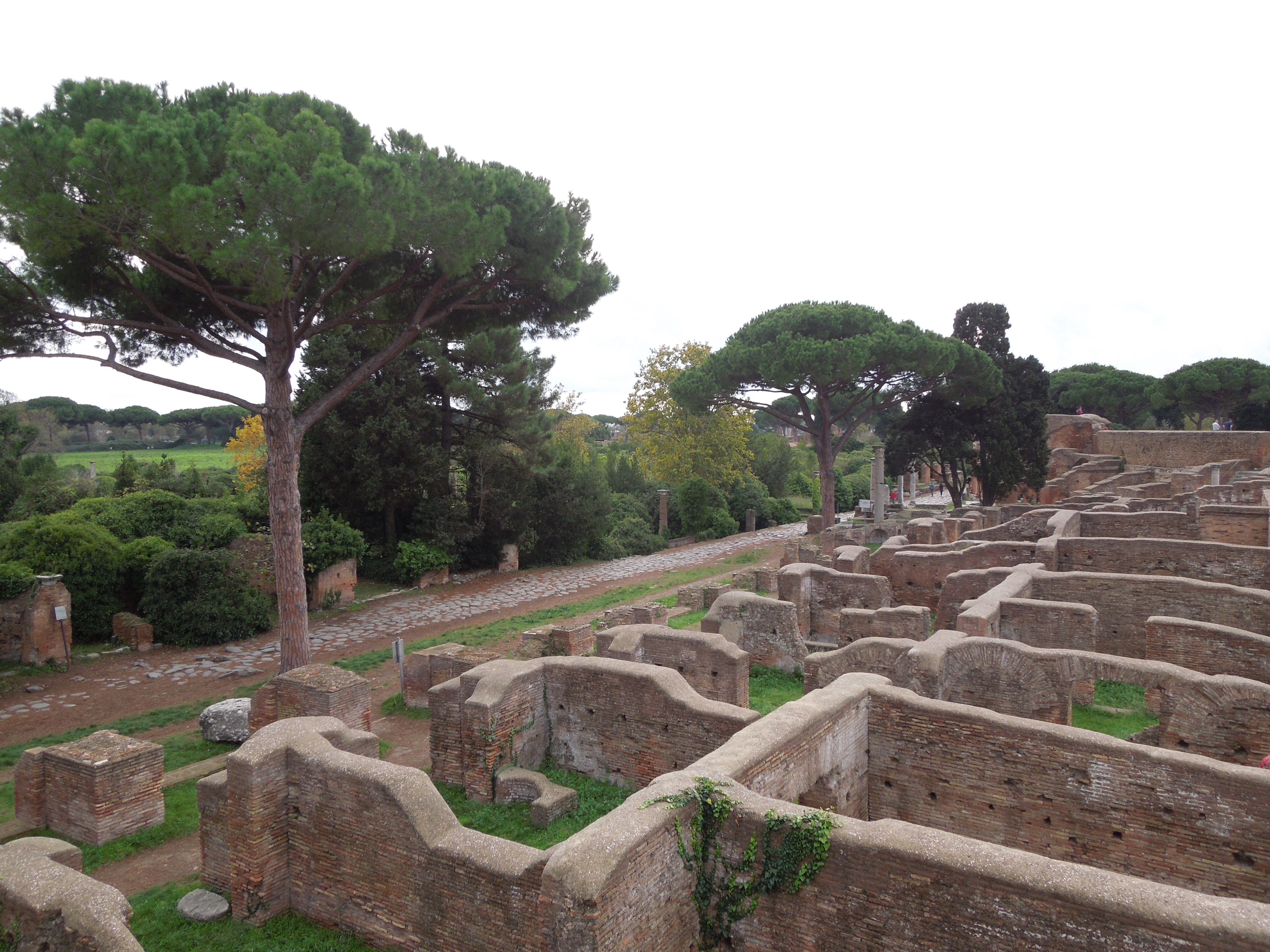 A synagogue built almost two thousand years ago, with a Star of David still on the outside. A bakery where several workers stood and ground grain with pestles near a stone oven where bread baked before people purchased loaves there. Another oven is at a café where people ate at tables and chairs in a courtyard with a fountain. I think I remember a fountain, but I do remember I was struck that they enjoyed a meal outside on a fine day, just as we do. 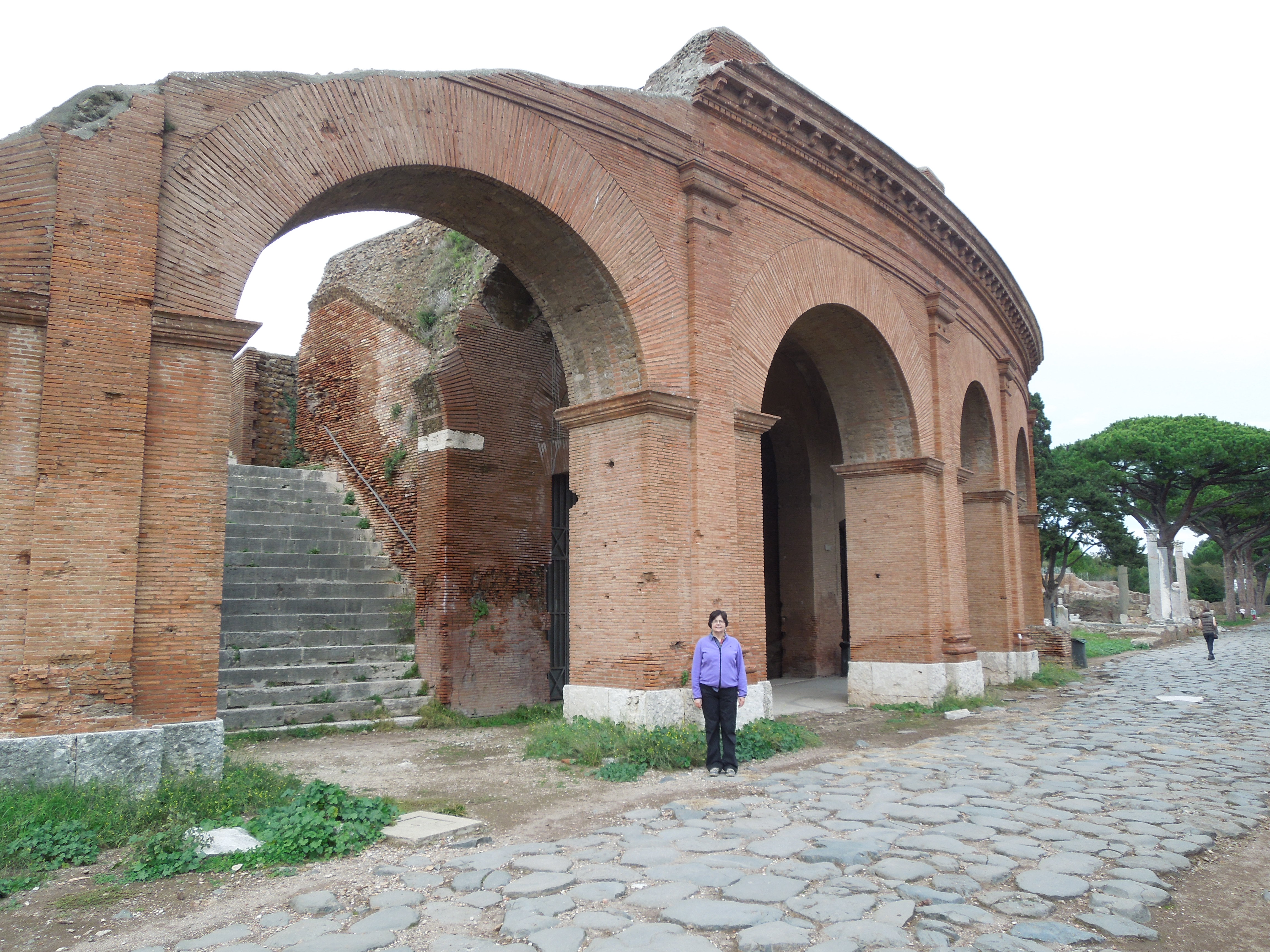 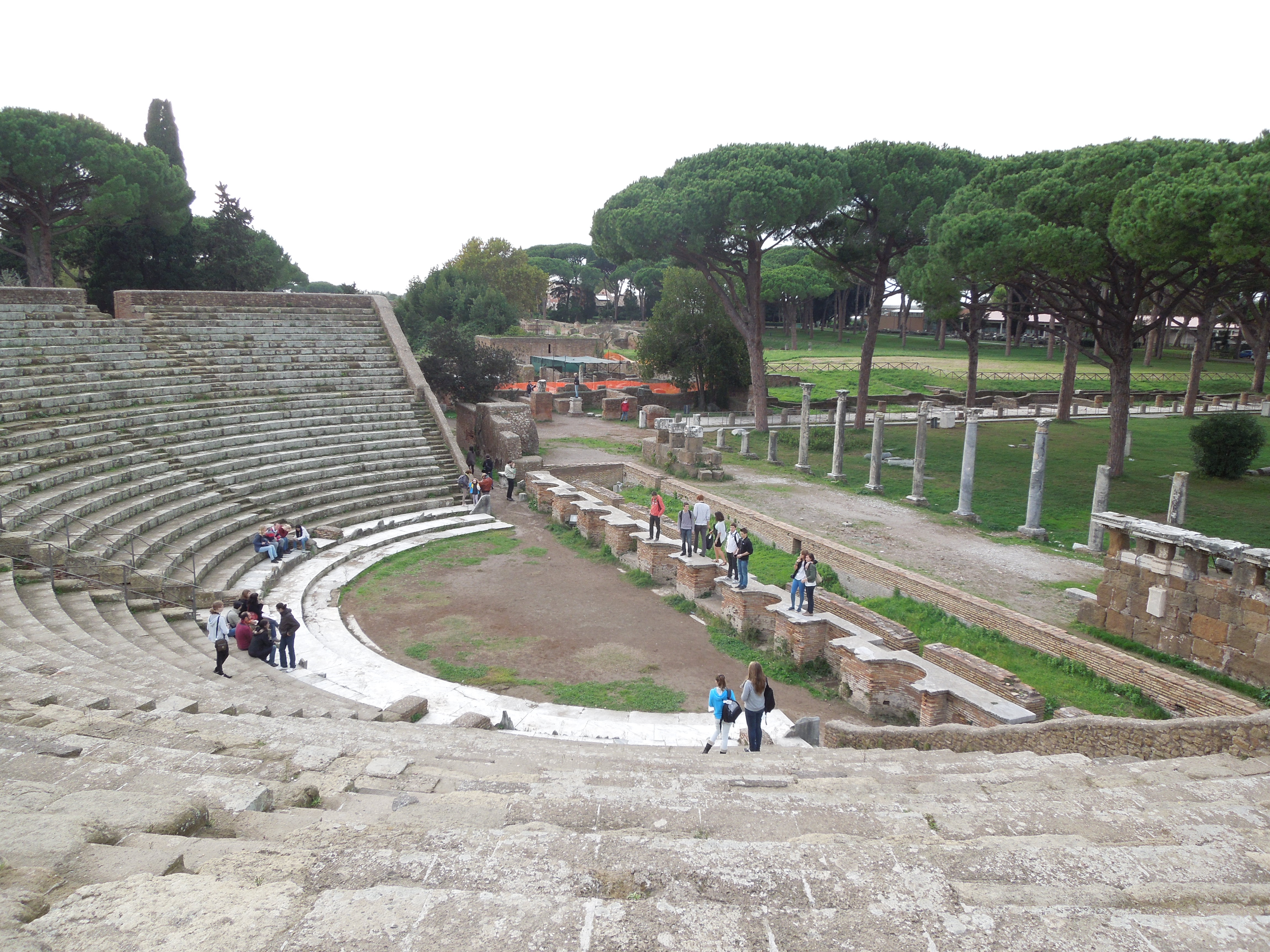 Here is the exterior and interior of the theater. Teens hammed it up from what is left of the stage. After shouting to three in French, they all hopped at the same time.