Many visitors to Burbank Airport rush past the display cases with photos and artifacts from the airport’s past, heading toward Southwest Airlines’ security line.  Here are two photos from the case.

Just before World War II, Lockheed Aircraft Company purchased the airport next door to its manufacturing facilities.  The major airlines flew out of this airport, rather than Los Angeles.   Lockheed kept this open as a commercial airport and renamed it Lockheed Air Terminal.

During World War II, Lockheed Aircraft Company and Airport were covered by camouflage, and any enemy aircraft would see the scene below.  The second photo was snapped under the camouflage. 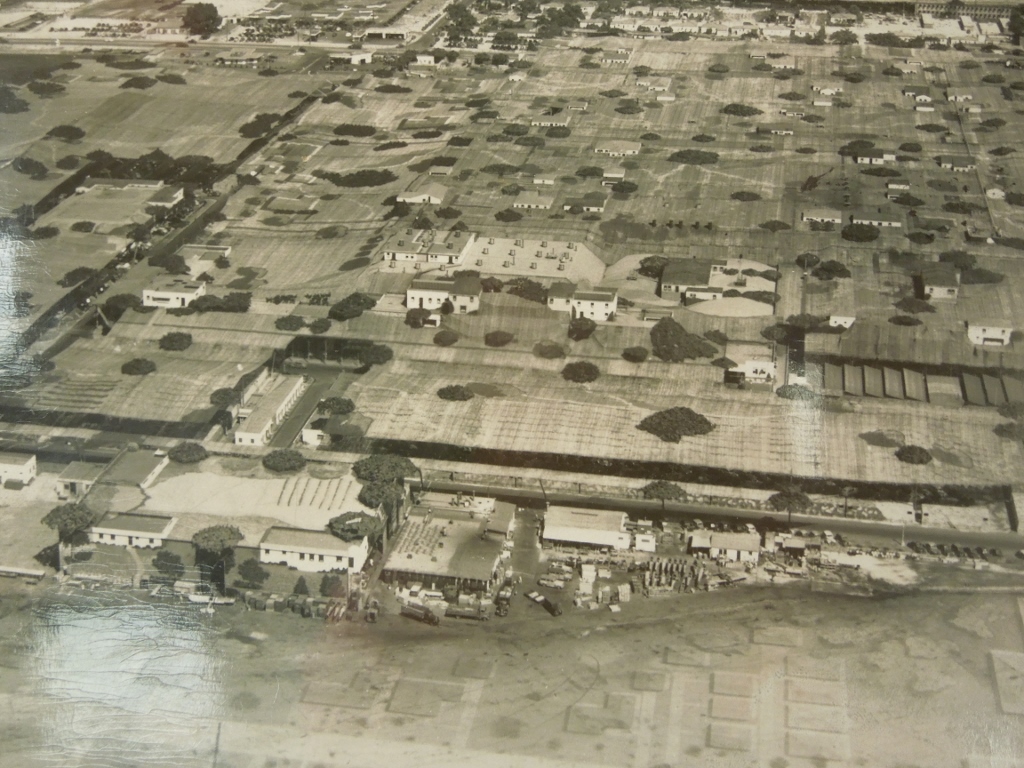