What were the steps in Picasso’s mind when he looked at a person or animal, drew it, and changed it into an abstract image? What were the steps on paper?  In a current exhibit, a likeness of his companion becomes abstract over a series of ten lithographs. There is a longer series of a picture of a bull. When I saw these along the wall, I just had to see them one on top of another. I’ve done that in these videos. 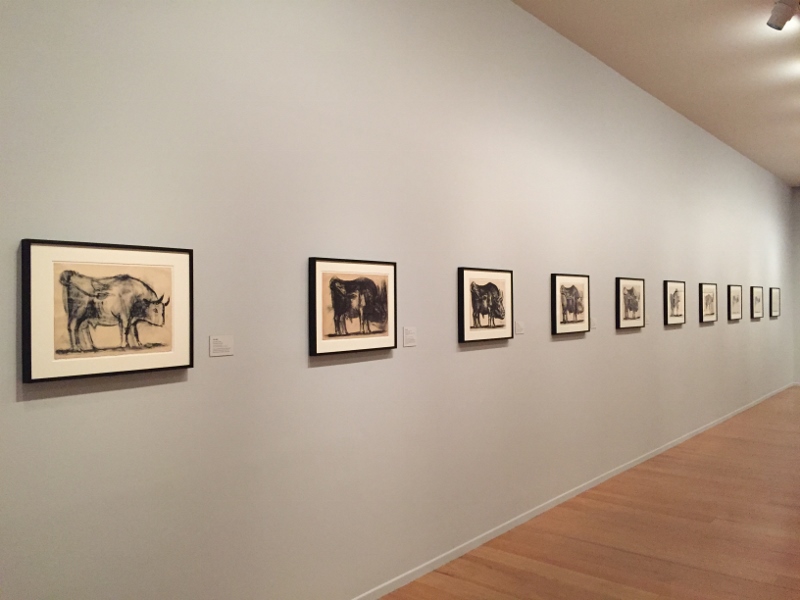 This exhibit, “States of Mind: Picasso Lithographs 1945-1960,”  is on display at Norton Simon Museum, Pasadena, until February 13, 2017.  Also, Van Gogh’s “Bedroom” is there through March 6, on loan from the Art Institute of Chicago. http://NortonSimon.org. Happy New Year!