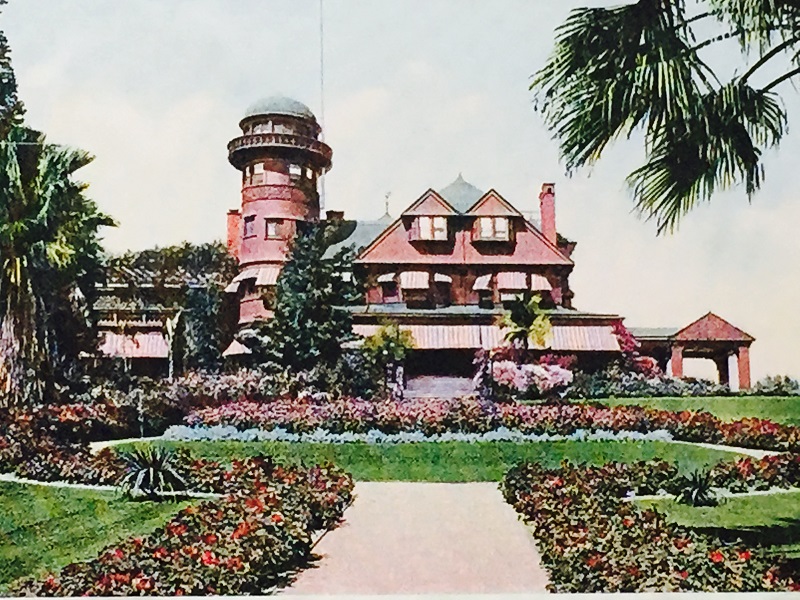 A bold entrepreneur and scientist, Thaddeus S.C. Lowe (1832-1913) made fortunes and lost them. It is almost the due date for filing 2016 income taxes, so some of us are taking a hard look at our saving and spending. The story of Professor Lowe’s fortunes is a cautionary tale.

He was a scientist with little formal education. Because he ran away from home as a boy, his schooling ended with the fourth grade. Nonetheless, people called him Professor Lowe. The title Professor was not reserved for those who taught in colleges or had advanced degrees. Professor Thaddeus Lowe held over 200 patents.

Lowe made one of his fortunes after pressurizing ammonia to make refrigerated railway cars and steamships. His first refrigerated steamship was a financial success.  He invested in more ships, but some were too large to enter shallow-water ports. Lowe’s personal losses totaled $87,000, a huge sum in the late 1800s.

The Lowe Water-Gas Process improved gas and made it more affordable. Gas was used to light homes as well as heat them. Lowe made a fortune producing and selling water gas and manufacturing appliances. These included stoves, heaters and fireplaces. The gas company he owned, however, was a financial failure. Same with a hotel he owned that showcased water gas.

A discouraged Lowe came to California and, too energetic to retire, founded a bank and invested in real estate. He lived in a mansion on Pasadena’s Millionaires’ Row, at 955 South Orange Grove Avenue. It was reported to be the largest residence in the country at the time and sat on fifteen acres.

The mansion even had a four-story observatory. Lowe lived there with his wife and younger children (they had ten in all), looked out at the steep mountains, and dreamed big.

Lowe’s Railway to the Clouds

The Mount Lowe Railway was an engineering challenge because of steep grades and crumbling surface rock, but Lowe would not take “no” for an answer. The railway was built by D.J. Macpherson with Lowe as the financial backer. Visitors enjoyed the thrilling ride and ate and stayed at hotels Lowe built on the mountain. He also built an observatory near the top of the railway.

Although the railway and hotels were popular, it lost money at a time when Professor Lowe had other financial problems. It opened in 1893, at the start of a recession that would last years.

By 1898, Professor Lowe’s debts totaled over $200,000, and he had to declare bankruptcy. By then, Lowe’s huge mansion was owned by his neighbor Adolphus Busch, the beer magnate. The railroad was acquired by Henry Huntington’s Pacific Electric Railway and operated for decades.

Although he lost this fortune, Lowe counted his blessings. He explained that his Mount Lowe Railway was ten years ahead of its time. He said that he was glad he had a mountain named in his honor, something that money couldn’t buy.

Back to the lab. Professor Lowe developed a method to convert crude oil to gas and coke. He put it in production, but he did not charge enough to make and sustain profits.

The good professor died nearly penniless in his daughter’s Pasadena home. At the time, he was planning a gas-powered luxury airship.

From the time he was young, Lowe was a balloonist. When the Civil War broke out, he offered to help the Union. President Lincoln wrote a note to General Scott to “see Lowe once more about his balloon.”  Lowe acquired the note and treasured it for the rest of his life. Lowe became Chief Aeronaut of the Union Forces, a civilian position.

Lowe ascended in a balloon and looked down upon Confederate troops in the distance. He observed their movements and telegraphed this intelligence information to Union soldiers below. A wire connected the telegraph in the balloon to the one on the ground.

Special thanks to the Mount Lowe Preservation Society Inc. and the Pasadena Museum of History.

I’ll post on the first of the month starting June 1.