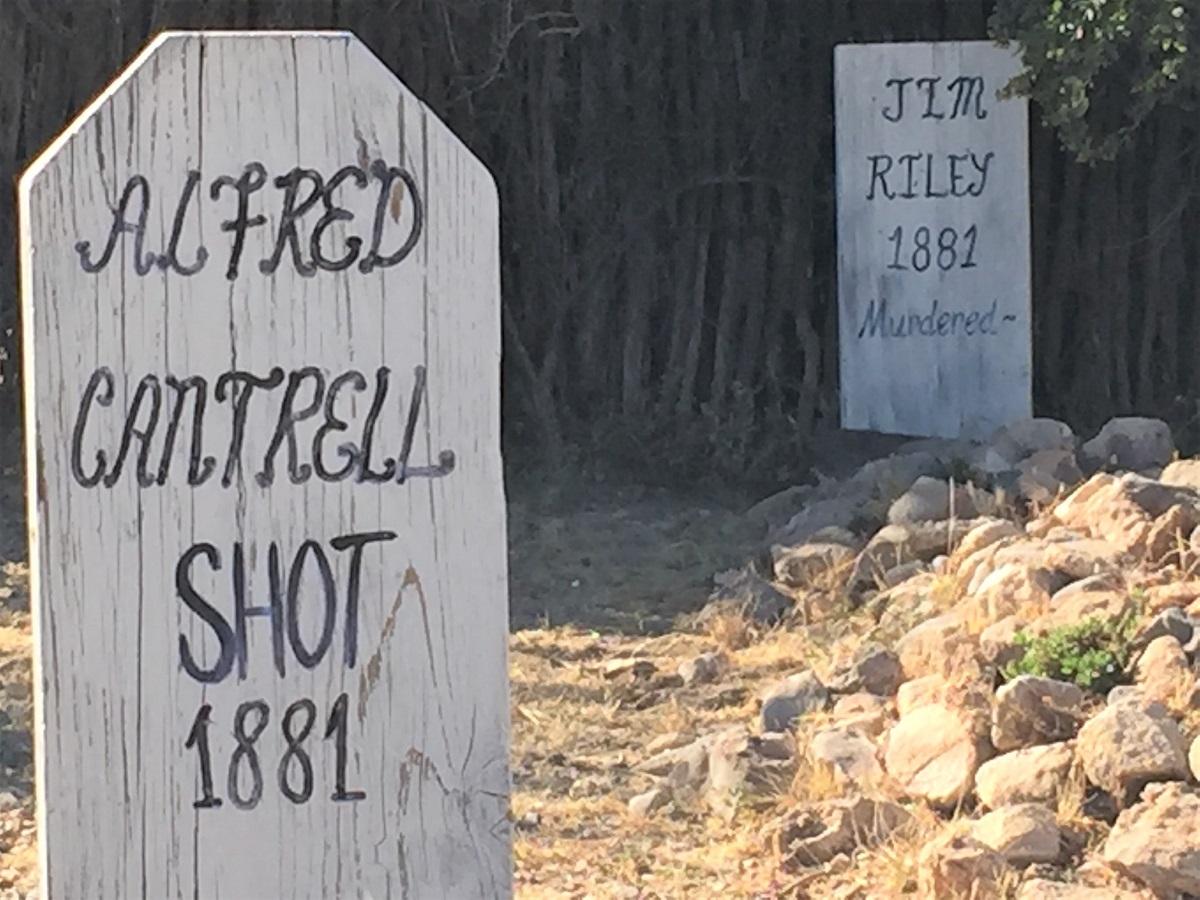 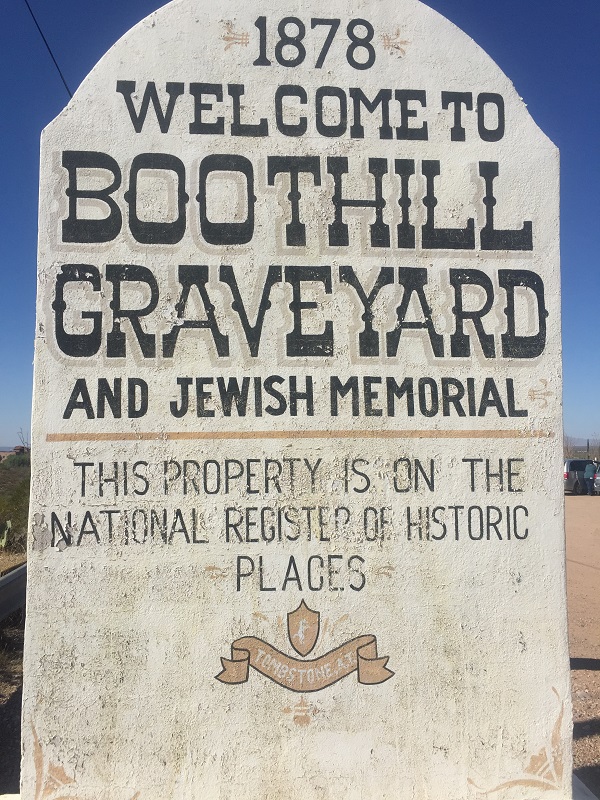 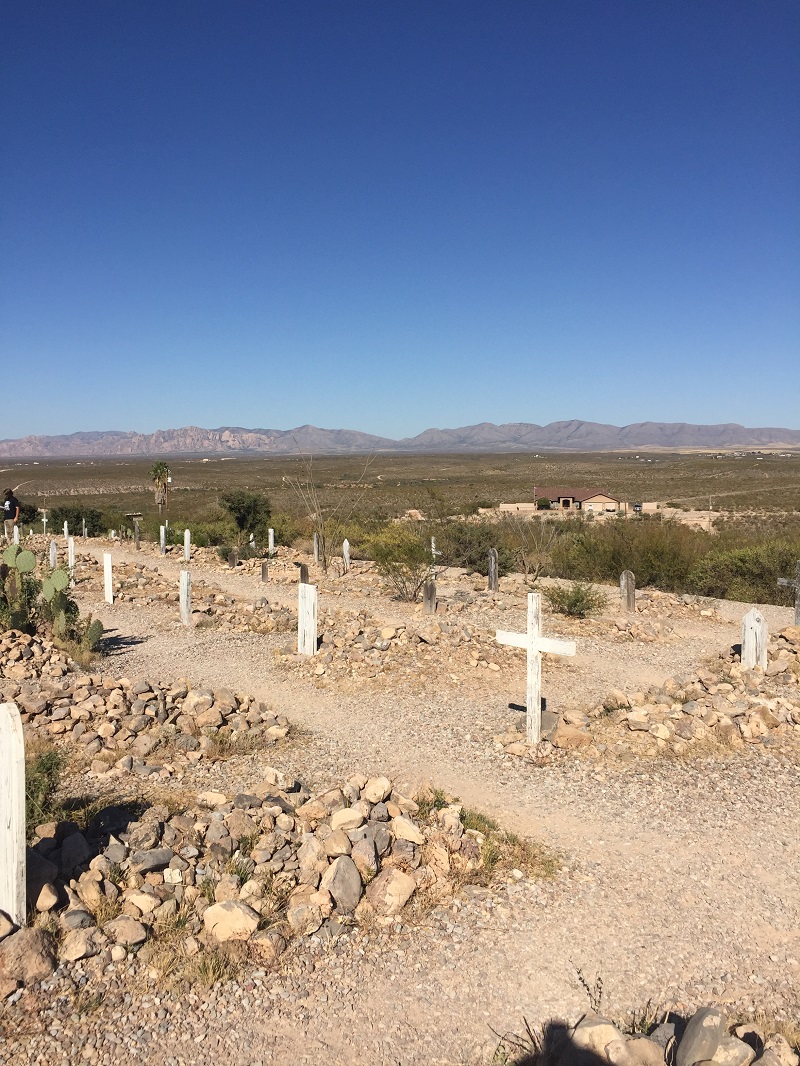 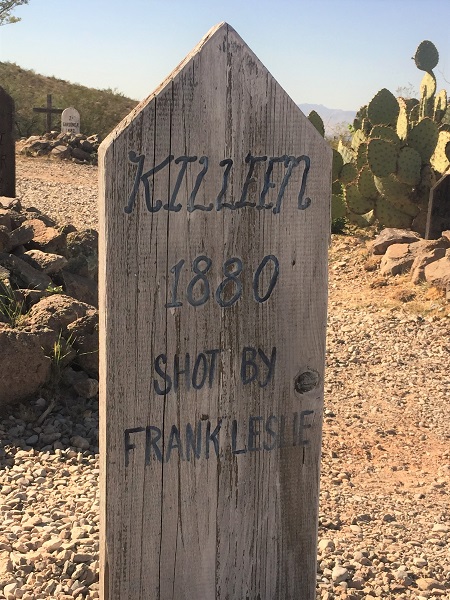 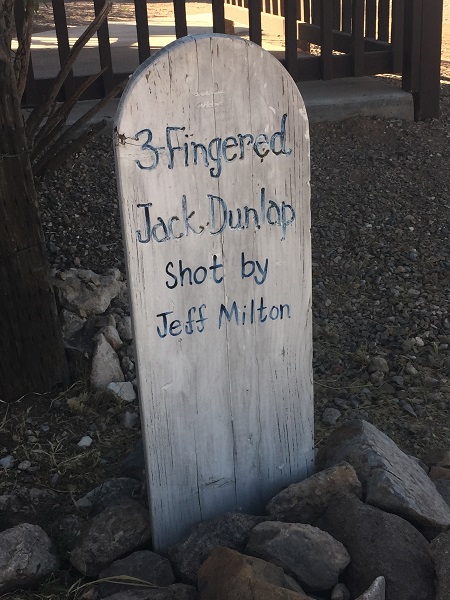 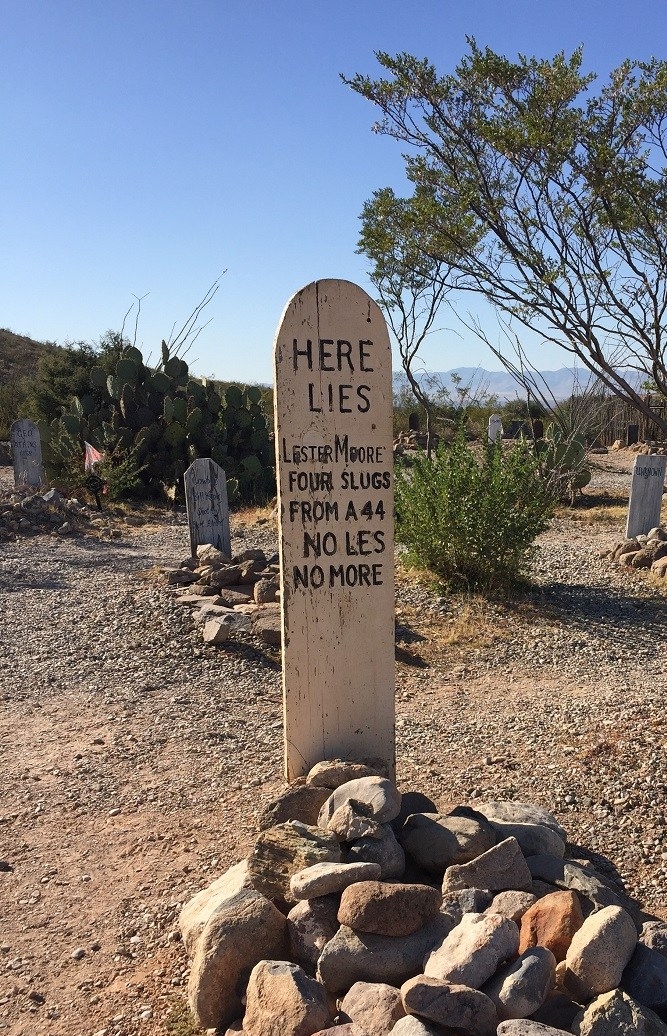 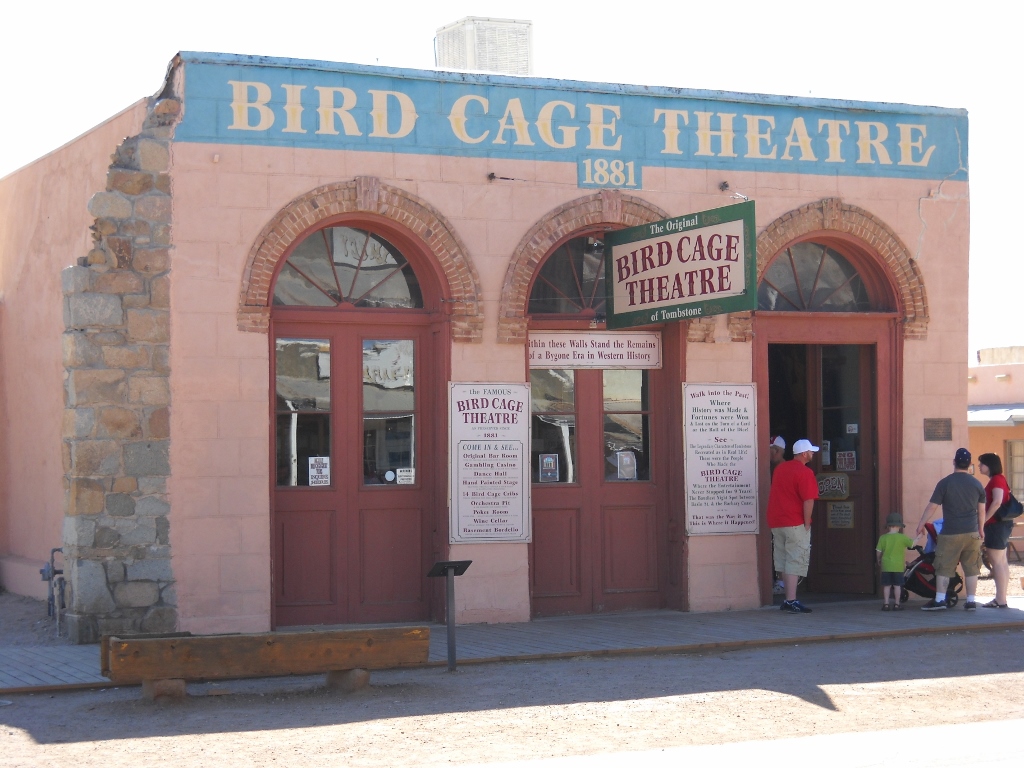 Wild times at the Bird Cage Theater in the silver boomtown of Tombstone, Arizona.

At the Bird Cage Theater, stairs backstage lead down to one of the wicked areas. There are some bedrooms where prostitutes entertained customers, and they are right beside poker tables. The poker players must have heard a lot of embarrassing noises from behind the prostitutes’ doors a couple yards away from their card game.

The poker games went round the clock. You’d sign up and have to wait a day or so for your spot to open. Someone would go and find you when it was your turn.

This basement is shown in two small photos on the home page, on the right. They are not labelled, but here’s how to find them: where the text reads: “recently, six more rooms …” the photo beside it shows one of the prostitutes’ bedrooms. Below it, you can see a table and chairs where men, and maybe women, played poker. Wild and wicked, indeed.