Let’s cool off. What better place than Coronado Island off San Diego, California? I had heard of a grand Victorian beach hotel a couple hours from my home, but when I saw Coronado Beach on a list of the top ten beaches in the United States, I had to go. Later this month, I’ll describe the past and present at the hotel – afternoons at the beach, famous visitors and astonishing events.  Yes, astonishing. I promise. 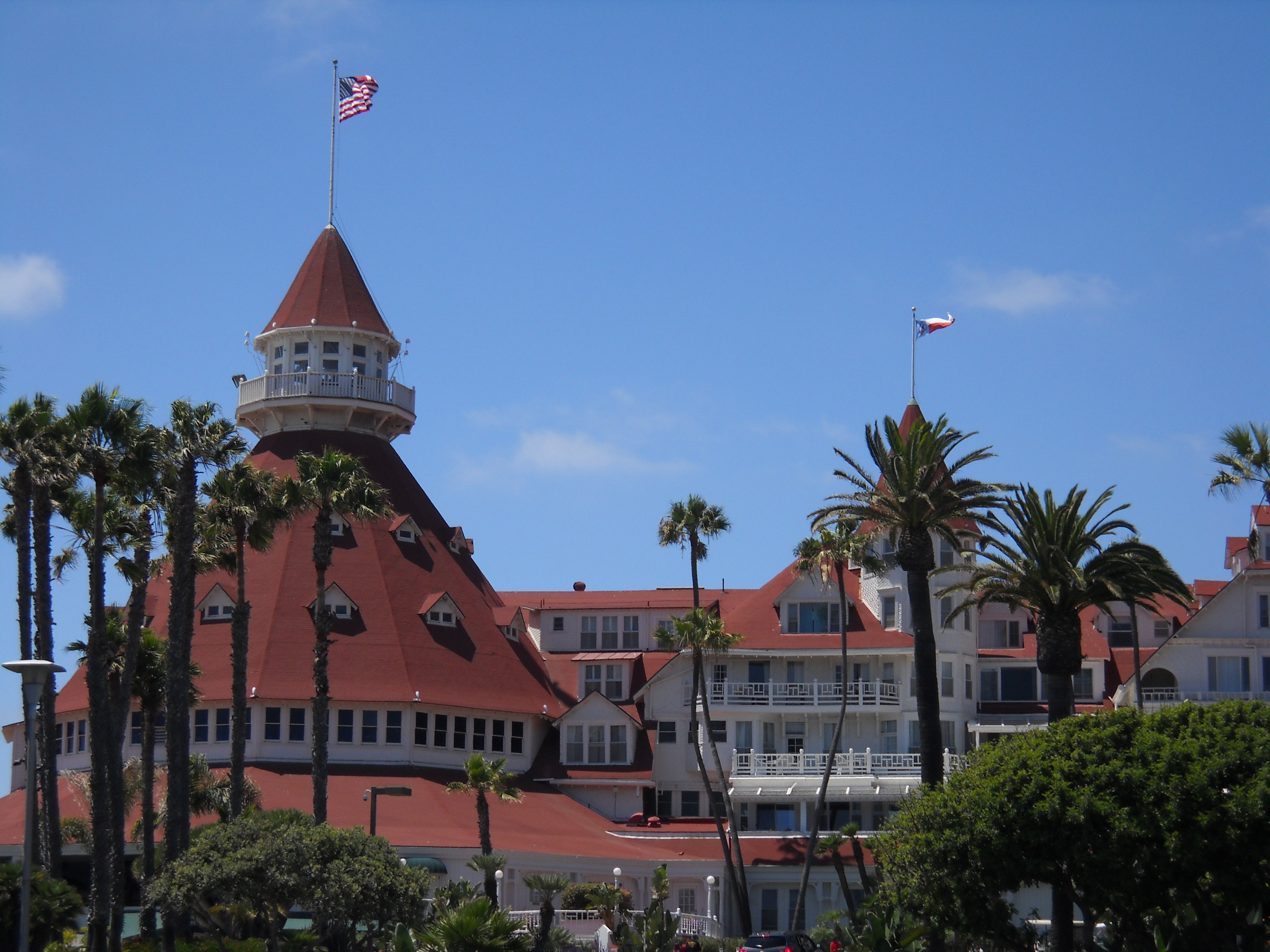 I’m excited to introduce this resort with a delightful video clip of a famous comedy filmed at the Del. The American Film Institute, based on input from many industry experts, ranked “Some Like It Hot” the number-one comedy of the first 100 years of American cinema.
“Some Like It Hot” stars Marilyn Monroe, Jack Lemmon and Tony Curtis. Billy Wilder co-wrote, produced, and directed. Filmed in 1959, it takes place during Prohibition, when speakeasy musicians played by Jack Lemmon and Tony Curtis witness the St. Valentine’s Day massacre. In order to flee Chicago gangsters, they must disguise themselves as female musicians. They join an all-girls band heading to a resort that is supposedly in Florida.

The clip shows the lovely Hotel del Coronado, where both Tony Curtis and Marilyn Monroe catch the eyes of millionaires. One of them, Osgood Fielding III, played by Joe E. Brown, flirts with Jack Lemmon.  It’s priceless.